We’ve been delighted to participate in the Citizens Theatre’s Gorbals Vampire multi-strand arts project this year.

In the spring Terry conducted workshops with P4 & 5 pupils at Blackfriars Primary School, developing a Gorbals Vampire character as below. (You can also watch a video of the final illustration in progress.)

This resulted in a “model sheet” which was used as a starting point for young adults at both Shawlands Academy and in sessions held at the theatre over the last couple of months.  The participants were asked to create short comic stories featuring a vampire character. Terry was on hand to offer advice on the creative process.

Fourteen stories will be published as an anthology comic next week, launched to coincide with the new Gorbals Vampire play that’s running the weekend before Hallowe’en. Copies will be available from the Theatre, free of charge but limited to one per person while stocks last.  You can also read a digital copy now via the Citizen’s Theatre website.

We’re grateful to Angela Smith, Guy Hollands and all at “The Citz”; Rob Miller for assisting in preparations of the young people’s artwork for print; Colin Bell for lettering the entire comic; and Frank Quietly for providing a stunning cover image… 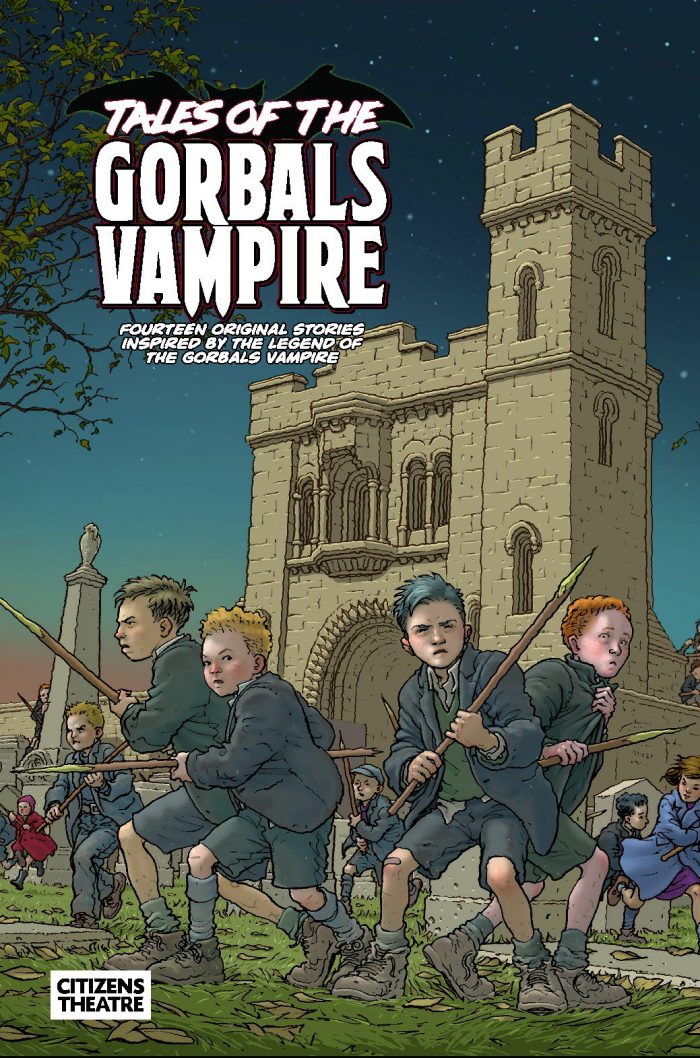